Chelsea will take on Brazilian team Palmeiras in Abu Dhabi for the Club World Cup final on Saturday. Palmeiras beat Al Ahly 2-0 in their semi-final and will have several thousands of fans in the stadium supporting them. Chelsea seem to have the rest of Brazil supporting them so I guess it’s not that bad for the Blues. This is the teams first outing in the Club World Cup and their first appearance in the final.

Chelsea go into this game having beaten Al-Hilal 0-1 on Wednesday. It was a close game but Chelsea pulled through thanks to a goal from Lukaku in the 1st half. Chelsea will be playing their 2nd Club World Cup final having lost the first one to Brazilian side Corinthians in 2012. It is is the only trophy that is missing from the cabinet at Chelsea and if the Blues win it they would have completed the set of all available trophies to an English Premier League club.

Chelsea have the full squad available with the only exceptions beind Reece James and Ben Chilwell. Mendy is back in training and was on the bench against Al-Hilal. Kepa has been outstanding while Mendy has been at AFCON. Some would say that the Spaniard deserves to start in the final but I would say start Mendy. Fans are fickle and if a long range effort went in that Kepa could not save then everyone would blame him. Chelsea are blessed with two goalkeepers that are high on confidence so start Mendy and bring Kepa on if the game goes to penalties which hopefully it does not.

Chalobah, Silva, and Rudiger should start in defence while I would start Azpiicueta and Sarr as the wing backs. Christensen and Alonso could start but I would be worried with Alonso and his lack of pace against Brazilians. Jorginho and Kovacic should start in midfield with a front three of Havertz, Lukaku and Ziyech. I personally would start Havertz ahead of Lukaku and bring in Mount but I doubt the Belgian will get dropped. The front three did well against Al-Hilal and I think the wingers should keep their place. Again Chelsea could go with a back four as well in which case we could see Mount come in for one of the centre backs. It should be a strong lineup regardless.

Palmeiras just began their new season this year. Last season their top scorer was Veiga while Rony and Willian also finished with 10+ goals. Scarpa was their highest creator with 20 assists last season. This season having played five games Dudu is their highest goal scorer with three goals. Veiga has the most assists with three. I wouldn’t say I know much about Palmeiras but they are a strong and pacy team that love attacking. Weverton should be their goalkeeper with a back four of Rocha, Gomez, Luan, and Piquerez. Danilo and Ze Rafael should make up their midfield with Dudu, Veiga, and Scarpa starting up front behind Rony who is their striker. The front four by all means look lethal and that is where the danger lies with Palmeiras. Abel Fereira is their manager. 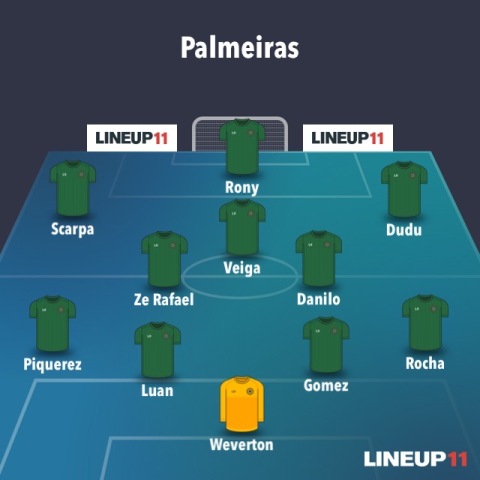 This trophy means a lot for Chelsea fans. These players would be making history if they won it for the first time for the club. There seems to be welcome news that Thomas Tuchel might make it for the final which will be great for the whole team. Palmeiras won’t be an easy team by any means and their fans will be as vocal as ever, but Chelsea know what they need to do. The most important thing is to be clinical in front of goal. COME ON CHELSEA!!!