Chelsea’s FA Cup journey for 21/22 begins on Saturday as we welcome Chesterfield who sit 1st in the National League. Chesterfield have won 12 drawn 7 and lost 1 this season so on form the club is on par with Chelsea albeit 3 or 4 tiers below the Londoners. The club was founded in 1866 but the clubs current incarnation was founded in 1919. The club is fan owned and take pride in how they have gone about their business. They are looking to get promoted to League Two for next season which is the 4th tier of English football.

Chelsea reached the final of the FA Cup last season where we lost to Leicester at Wembley. We do tend to reach the final of the competition frequently but have not managed to win it for some time. Our last win came in 17/18 under Antonio Conte. Tuchel pre-match has stated that Chelsea are the favourites but anything can happen in football and that is why the players need to forget the status of the team and opposition and treat this as any other game. At the end of the day Chelsea have to win to progress to the next round. The club goes into this game having fought back to draw against Liverpool and beaten Tottenham at home. This should be a good chance to get quite a few academy players involved as well.

Silva and Kante remain out with Covid but are healthy while Chilwell and James are long term. I expect to see rotation in this game with the 2nd leg against Spurs to play and City next weekend. Still there are players that need game time as well so it should be a good mix. Bettinelli should start in goal to make his debut for the club while I expect a back three of Christensen, Baker and Sarr with Simons, and Alonso making up the back wing backs. Saul, and Loftus-Cheek should make up the midfield with Vale, and Hudson-Odoi playing behind Werner. Webster and Hall have also been involved in training and there are the likes of Barkley as well who need game time. It’s actually anyone’s guess who will play but I think this is a good enough team to get a result but also if we get the goals early we can allow more academy players to be involved.

Chesterfield tend to play a 3-5-2 formation and I expect them to play like that against Chelsea. Their striker Tshimanga has 18 goals this season and is their main man up front. They have scored 38 goals while conceding 16 over 20 games. So all said and done they are the best team in their league and having lost only one game they are in confident form. 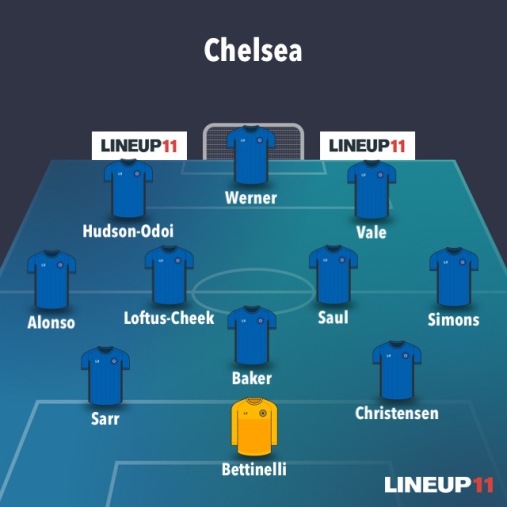 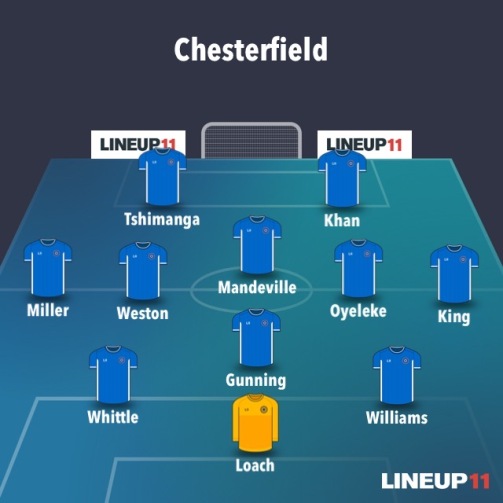 No game is too small and when it comes to form Chesterfield are right up there with Chelsea this season. Two top teams in different leagues going head to head and it should be fun for both sets of fans. COME ON CHELSEA!!!