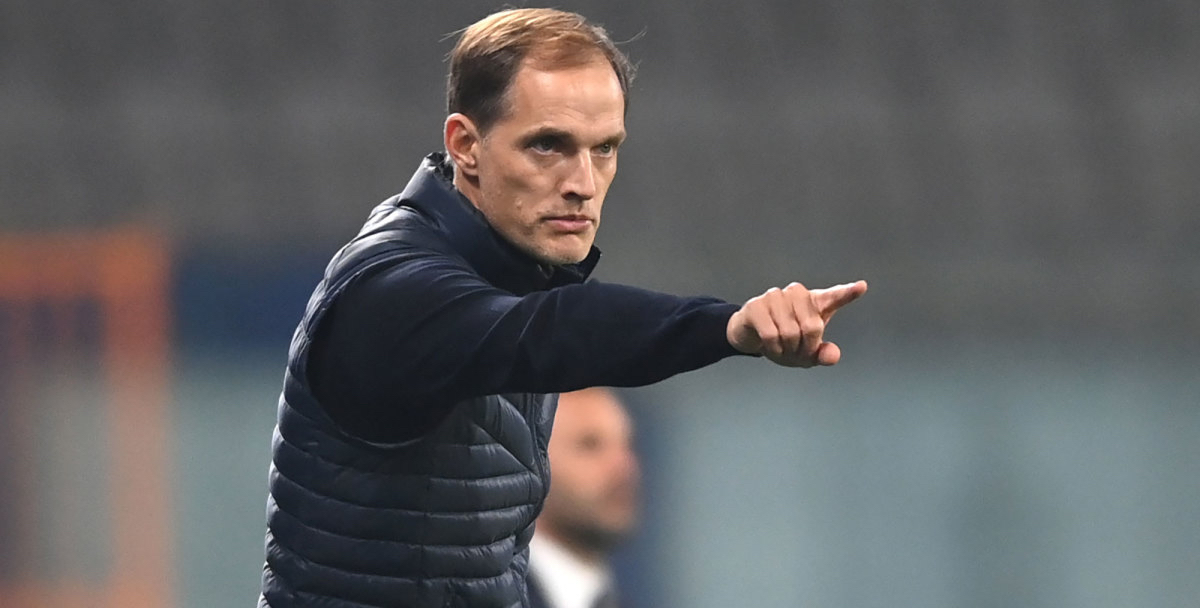 On the way up!

With 19 games gone in the Premier League and Boxing Day finished, we are at the halfway point of the season. There is still one more game to go before the New Year and when the January transfer window will officially open. In this post, we will compare this half of the season to seasons before and where we were at this point under previous managers and seasons. At the time of writing this article, Chelsea is 3rd in the Premier League, in the Round of 16 of the Champions League, in the semi-finals of the Carabao Cup, and are due to play in the FA Cup and Club World Cup. A solid start indeed.

Let’s begin with the Premier League. Firstly I think it’s fair to compare these first 19 games to some other seasons at this stage along with Klopp and Pep’s first real challenges at the title.

Tuchel and Chelsea have done better in their first 19 games this season than each of the last 3 seasons. Unlike the last three seasons, we have also reduced the gap to single digits at this stage of the season, although a more competitive league also contributes to that. We do fall short in terms of the points total when it comes to our last three title-winning campaigns and our draws against the likes of Burnley, United, and Everton have cost us in that regard. Compared to Pep and Klopp’s first full seasons we are doing similarly well.

We have also improved compared to the latter half of last season and Tuchel’s first 19 games in charge of the club. 3 more points, 18 more goals scored, and the same amount conceded. In Tuchel’s first 19 games we only managed to score 3+ goals in one game the 1-4 win against Palace. This season we have managed to score 3+ goals in 9 games. Our top scorer this season has been Jorginho with 9 goals which is not great while Mount follows him with 7. On the flip side Werner, James, and Lukaku join those two with 5 or more goals this season while we have 17 different goalscorers in our team this season. Reece James leads the team with 6 assists while several players have 4 or more assists to their name.

We started the season well and led the league from GW 7 to GW 14, with our only loss coming to City at home. The start of November saw some poor results, especially after we lost Lukaku, Werner, Kovacic, Kante, and Chilwell to various injuries. Draws against Burnley, Man United, and Everton really should have been 3 points while the draw against Wolves was a decent point given all the players out with Covid. The 2nd loss to West Ham was also a fluke and should not have happened. 6 points behind City at this stage is not bad but we really should be level with them on points. Losing Lukaku for those crucial mid-table games was massive because those are the games we need him to win for us.

A tough January awaits with games against Liverpool, City, and Spurs to come before the next international break. By then we really should know where we stand going into the latter half of the season. Regardless though there has been a clear improvement over the last few seasons and hopefully, with players coming back we can return to our early season consistency.

Chelsea has qualified for the Round of 16 having finished 2nd in the group. At the time it looked like a negative but we managed to get Lille in the draw so everything has a silver lining. Lille are the reigning champions of France and no team should be taken lightly in the Champions League. Like I said in the season preview, retaining a Champions League is a very tough task but we are doing well and all the team can do is take each game step by step.

The FA Cup will kick off in January as well and our first game is against Chesterfield at Stamford Bridge. We should be looking to win that game, and then see how far we can go in that competition.

Chelsea will be looking to win their first Club World Cup in February as we head to Dubai for that tournament. Our first game will be a semifinal on the 9th against Al Hilal or one of Al Jazira or Auckland City. If we manage to reach the final then we will play either Palmeiras, Al Ahly, or Monterrey. We fell short the last time we played in this competition so we should be aiming to do well here.

Chelsea has reached the Semi-Final of the Carabao Cup this season where we will face Antonio Conte’s Tottenham Hotspur in a two-legged tie. We hadn’t managed to get past the second round of the competition for the last two seasons so to reach the Semi-Finals is a good accomplishment. If we beat Spurs then we play either Arsenal or Liverpool in the final. This won’t be an easy competition though.

The transfer window will open on the 1st of January and it will give Chelsea an opportunity to restock in some areas, and maybe move some players on. The contract situations of Rudiger, Christensen, Silva, and Azpilicueta also remain open. Rudiger does look like he will be leaving the club in the summer while the other three do look like they will extend their contracts. Rudiger has been brilliant but we are failing to agree on the wage and with this being his final big contract it does look like Rudiger will probably be heading to Real Madrid sooner or later. As far as centre-backs go Chelsea is still heavily linked with Kounde, while De Ligt has also been mentioned.

Chilwell suffered an injury early in the season and should return in January. A surgery still might be needed depending on how he feels and plays when he comes back and Alonso has not been good enough as his replacement. Lucas Digne has been isolated at Everton and replaced by Benitez and Everton are looking to a deal for him with anyone who is interested. If Chelsea are interested then Digne should be coming into the club.

Finally, we all know Kante is world-class and whenever he is on the pitch a half-fit Kante can cause damage to the opposition. The problem is Kante is getting old and his body doesn’t seem to be managing the workload all too well. We have missed Kante for several games for the past few seasons now and this season has been no different. At a point, we had all three of Kovacic, Jorginho, and Kante out. We do need an alternative in this area and Declan Rice would be on the top of many lists. The fact is that the transfer will be nearly impossible to do for now. The alternative to Rice is Monaco’s Tchouameni an exciting player in the mold of Pogba who can also allow Chelsea to play with a lone CDM. Tchouameni has received high praise from the likes of Fabregas who plays with him. There are rumors that Chelsea are looking at the Frenchman and a deal could be done in January. It would be amazing if we could get him through the door before the window ends.

As far as loans go Maatsen, and Colwill have impressed at Coventry City, and Huddersfield respectively in the Championship. Conor Gallagher has lit up the Premier League at Palace this season having scored 6 and assisted 3 goals in 17 appearances this season for the Eagles. Gallagher surely will be joining the team in the summer and will be a welcome addition to the midfield. Broja has been doing well at Southampton as well and has been playing more frequently as the season has progressed. 6 goals and 1 assist for the club in 16 appearances in all comps is not bad for the Albanian.

For the 2nd half of the season, I maintain my predictions from the beginning. I think a minimum of a 3rd placed finish in the league and finishing within 5 points of the winner if we don’t win would be a massive improvement. We have already won the Super Cup, and adding the Club World Cup along with the FA Cup, or Carabao Cup or both would be very very good. Retaining the Champions League would be amazing but I expect a strong run regardless. It’s been a good first half given the fact we have had key players out with injury our star striker out for many games, and Covid ruining our plans. Hopefully, we can keep players fit in the 2nd half, and hopefully Chelsea dive into the market and get Digne and Tchouameni to bolster the squad.