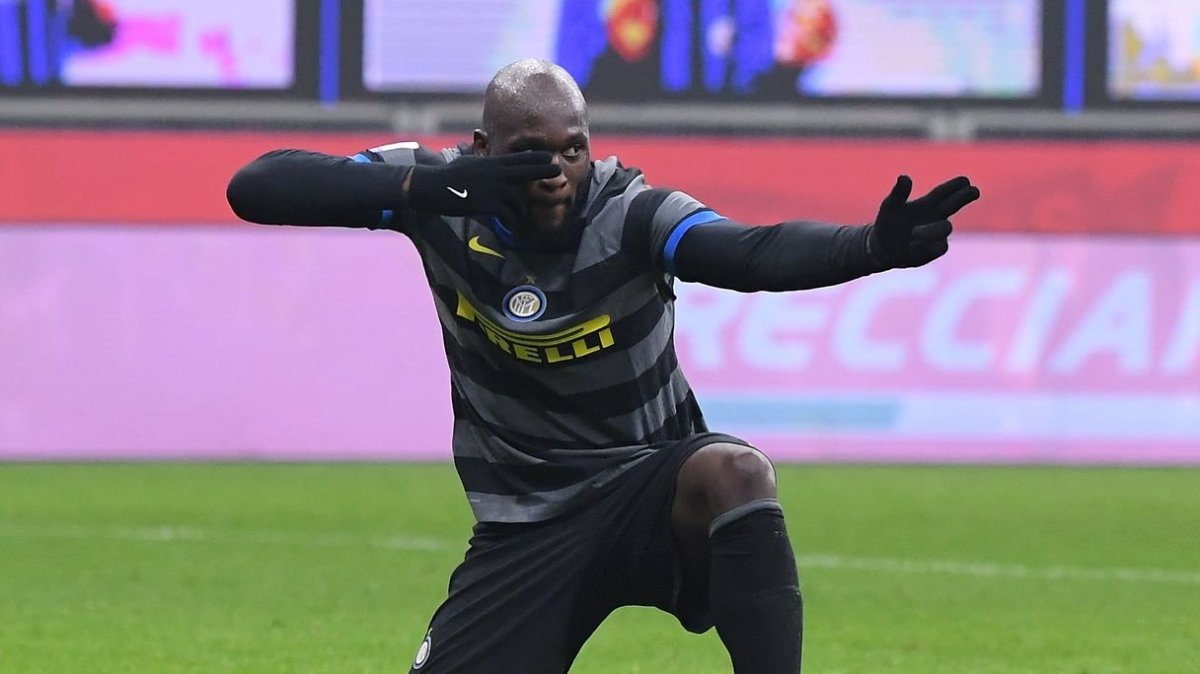 He’s back! Big Rom is back!

Chelsea’s striker chase has been well documented this summer with the main target at least according to the papers being Dortmund’s Erling Haaland. My personal opinion was that Haaland was not the right choice and that the right choice was playing at Inter and for Belgium in the Euro’s in the form of Romelu Lukaku. Lukaku of course nipped the bud of any transfer to Chelsea when he said that he was happy to stay at Inter and for around a month all hope died down as the Euro’s began. Post Euro’s Lukaku again reiterated that he was happy to stay at Inter as he returned to training. It looked like Chelsea would look elsewhere but behind the scenes Chelsea were resilient and once a small crack opened up in the form of financial instability at Inter, Marina Granovskaia barged through and got the deal for Lukaku done. Last week the deal was passed through and last night Lukaku’s return was officially announced by Chelsea.

Lukaku began his career at Anderlecht and began to break into news in the 10/11 season. That season he made 50 appearances for Anderlecht contributing 27 goals and assists. That caught Chelsea’s attention and the clubs signed him in 11/12. As with young Chelsea players at that time it was very hard for them to break into the squad. Lukaku played some reserve games but apart from that not much. Big Rom did manage to get 7 goals in 9 reserve league games. The young Lukaku was left frustrated and he wanted a loan which he got in the 12/13 season to West Brom. At the club he made 38 appearances with 24 goals and assists. I still remember his final day hat trick against Manchester United which ended 3-3 and also happened to be Ferguson’s last game as manager. Lukaku thought he had done enough but Mourinho came in and bought Eto’o which dampened Rom’s spirits and after missing the penalty in the Super Cup he decided to leave on loan again to Everton. At Everton in the 12/13 season he made 36 appearances with 24 goals and assists. Chelsea then bought Costa and Lukaku sealed a permanent transfer to Everton. In 14/15 Big Rom made 48 appearances with 27 goals and assists. 15/16 was a big season for Big Rom as he made 46 appearances for Everton with 32 goals and assists. 16/17 Lukaku reached even higher heights making 39 appearances for Everton with 33 goals and assists.

Then comes the summer of 2017. I remember it like it was yesterday. Conte wanted a top striker to replace Diego Costa and the main target was Romelu Lukaku. It all looked like it was done. Chelsea were so close to getting him back but at the time Lukaku was represented by Mino Raiola and Raiola got a late offer from Manchester United who were ready to pay Raiola’s exorbitant agent fees. Lukaku in LA released a video with Pogba and the transfer was done as Chelsea went for Morata. It’s safe to say neither transfer worked out but Lukaku still was decent. Lukaku made 51 appearances for Mourinho at United in 17/18 with 36 goals and assists. The 18/19 season was tough for Lukaku as he suffered weight issues and along with the pressure at United he had a poor season. Lukaku made 45 appearances with 19 goals and assists. Lukaku needed a change and once again Antonio Conte came calling this time as Inter manager.

At Inter Conte made Lukaku a machine. The Belgian got a new diet he got fit, he learned how to play with his back to goal and became a proper Conte forward. In 19/20 Lukaku made 51 appearances for Inter with 40 goals and assists. In 20/21 as Inter won the Scudetto Lukaku made 44 appearances for Inter with 40 goals and assists. Lukaku’s full potential was unlocked by Conte and it looked like he had found a consistency in life. A club that has Conte as manager is never far from mischief though but this time Conte was not at fault. This summer it came out that Inter were suffering financially and Conte decided he didn’t want to play second fiddle so he left. Hakimi then also left for PSG. With Inter still needing cash Chelsea got the deal done and signed Lukaku for 97.5 million pounds. Chelsea’s most expensive signing ever and he will also be the club’s highest earner.

Chelsea have been crying out for a proper centre forward since Costa left. A bully in the box someone who can terrorise defenders and we finally have that in Lukaku. At 28 years old Lukaku is at the perfect age to see out his career at Chelsea and win trophies doing it at the club he loves. Lukaku will be a dead cert to start up front but the headache Tuchel will have is to figure out who starts up front with him. I think that will depend on the opposition. For low blocks I expect players like Mount and Havertz to start while for teams with a high line you can expect Werner to have great joy playing alongside Lukaku. At Inter Conte made Lukaku into a complete striker he got him involved in the play and the Belgian has become a creator as well as a goal scorer. The fact that Lukaku had the most goal creation chances in Serie A last season is no small feat.

Tuchel has got his man and Chelsea have a world class striker. As fans we wanted Tuchel backed and he has been backed although the summer signings might not be done yet. It still remains to be seen whether Lukaku can feature against Palace but the Belgian is all but certain to play against Arsenal next weekend which should be very fun. A good time to be a Chelsea fan it really feels like it did in that summer of 2014 although Chelsea are arguably a better team. COME ON CHELSEA!!!