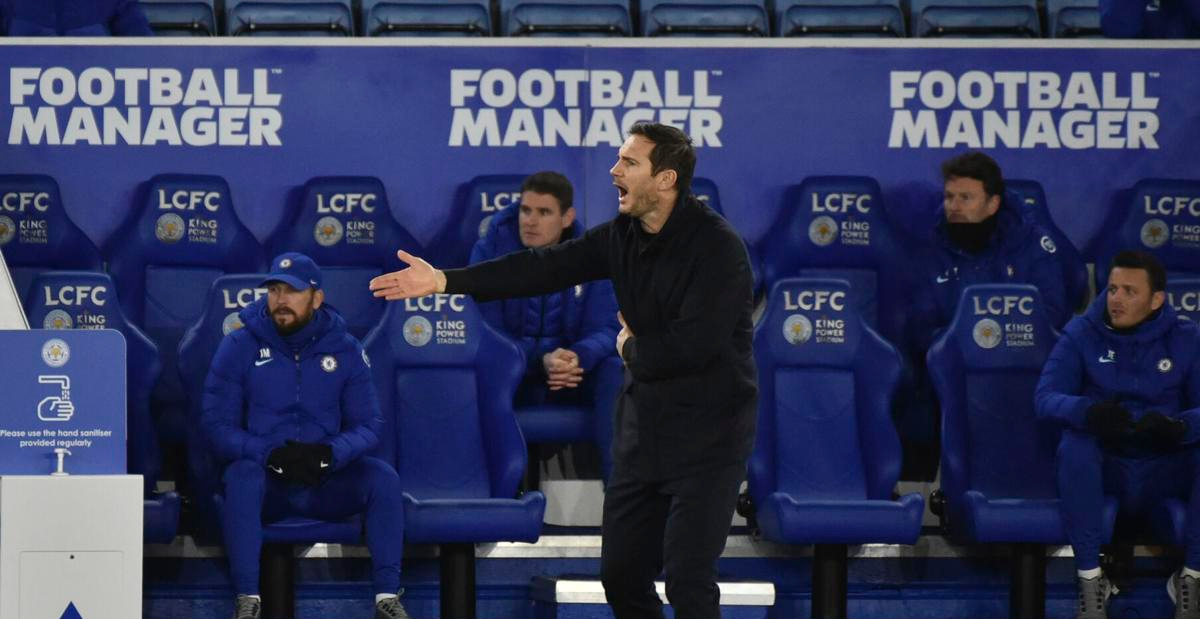 I am going to keep this short and simple because I do want to focus on the mid season review and it would cover a lot of the things I am feeling at the moment with regard to this game. Chelsea travelled to Leicester on Tuesday night with the Foxes in great form and within touching distance of the top of the table. Chelsea had an uphill task which is sad to say but after Fulham there was some optimism from fans. Rodgers stuck with his lineup while Lampard made some exciting changes and some confusing changes on paper. Mendy started in goal with Reece James, Rudiger, Silva, and Chilwell making up the back four. Why Zouma has been dropped no one knows. Kovacic started as the CDM with Mount and Havertz as the attacking 8’s. Pulisic, Tammy, and Hudson-Odoi started up front. On paper an attacking lineup, what followed on the pitch was far from it.

After a 5 minute period where Chelsea looked like they were up for the game a corner was given to Leicester. The ball was headed out but fell to Ndidi who volleyed in a brilliant shot to make it 1-0 in the 6th minute. Chelsea still fought back a bit but it was all Leicester. We did manage to get into a few good positions as we reached half time. Pulisic was brought down inside the box but a free kick was given and that was shot wide by Mount. The ensuing goal kick from Leicester led to Maddison making it 2-0 right before half time.

The 2nd half saw no real urgency and pointless possession as Leicester were happy to let Chelsea have the ball and our players had no creativity and looked scared to take risks. Leicester had a few more good chances which Mendy kept out the of the net but Chelsea had not fight in them. The game ended 2-0 with Leicester heading to the top of the table while Chelsea drop down to 8th, 9 points away from Leicester.

Nothing Mendy could do about either goals, exposed by his defenders for the 2nd goal. Mendy actually kept the scoreline from getting out of hand and credit to him for that.

Bar Silva everyone looked out of it. Reece James looked like he was getting back to fitness. Chilwell was devoid of chemistry and looked tired. Rudiger repaid Lampard’s faith in him by putting in a typical Rudiger performance. Misplaced passes abound and poor marking. Silva can hold his head up high because he fought hard at the back and was crucial in stopping several Leicester moves and crosses.

Kovacic is not a CDM and it showed as he was dominated by the likes of Ndidi, and Tielemans. Havertz was ok but the press on him was too good and again he lacked the 1-2 touch and quick passing needed to make any breakthrough. Mount fought hard until the end and looked visibly frustrated by the fact that Chelsea weren’t playing well. Again probably our best player on the pitch but that isn’t saying much.

Our forwards seem to all be out form, Pulisic and Hudson-Odoi were starved for any service on the wings. Tammy failed to make any impact up front and Ziyech looked out of it when he came on although he did create some good chances. Werner looked good when he came on and actually got a goal but it was ruled offside for some reason or the other.

Lampard wanted a reaction but he didn’t get anything near that. Post match he said the players didn’t want it enough, and they lacked the basics. No one really knows how much longer Lampard has but he really needs to figure out how a team that was playing so well can suddenly switch off entirely.

A brief review of the game, my proper thoughts are going to come in the mid season review. Next up for Chelsea are Luton in the FA Cup. COME ON CHELSEA!!!