First home game of the season!

Chelsea take on Champions Liverpool on Sunday night for what is our first home game of this season. Liverpool won last season at a canter and began this season with a 4-3 win against newly promoted Leeds United at Anfield last weekend. Since it was the first game of the season for both teams one shouldn’t draw too many conclusions. Liverpool looked fragile in defence though as they conceded all three shots on target with Alisson saving none. Liverpool also received two penalties which Salah duly converted but never really looked like annihilating Leeds. Since the game though Liverpool added Thiago Alcantara to their ranks on Friday as well as agreeing a deal for Diogo Jota from Wolverhampton Wanderers. Thiago should slot straight into that Liverpool midfield and improve the starting XI while Jota will had depth to the squad. These signings though along with Tsimikas at left back will keep Klopp and co ticking on for this season.

Chelsea will have way better performances and games than we did against Brighton last weekend. The major point to take away from the game was that we got 3 points and won 1-3 when we had so many first team players missing and had only been training as a group for a week or so. That just shows that there is high potential for the current crop of players. Defensively we were solid but it took only one shot from Trossard which arguably should have been saved for us to lose our cleansheet. Going forward we didn’t have fluidity for large parts of the game but we did manage to string together some good sequences of play while the final pass to Werner was missing on a couple of occasions. Last season our games against Liverpool were never daunting and we more than matched the Champions in each of our games. Narrowly losing on penalties, or 2-1 while beating them in the Carabao Cup 2-0. Our last meeting post lockdown ended 5-3 but even then it was an even game. I expect the game to be an open one and probably consist of many goals.

Lampard on Friday said that the game comes too soon for Pulisic, Silva, Chilwell, and Ziyech but the rest are all available. I would start Kepa in goal with Reece James at right back and Azpilicueta at left back. Christensen and Zouma should continue as the centre backs. I would start Kante at CDM with Kovacic at LCM and Havertz in a more familiar RCM role. The German could start at right wing though with Mount coming in midfield, but that would remove CHO or Giroud from the starting XI and I would much rather have Giroud starting on Sunday up front. I would play Werner at LW, Hudson-Odoi at right wing and Giroud up front. There are several formations that Lampard can use though as a 3-4-3 or a 3-5-2 could also be seen. Giroud and Werner up top though adds the ability of exploiting the space behind Liverpool’s high line while also pinning the defence back and allowing Havertz and Werner to play off of Giroud.

Liverpool have a failry fit squad available and while Thiago joined in time for the game on Sunday I don’t expect him to feature for Liverpool. Liverpool should have their tried and trusted team though with the usual danger men in Mane, Salah, and Firmino up front while Trent and Robertson provide danger from the wings. Keita, Henderson and Wijnaldum should make up the midifield but Fabinho could feature as well. The centre back pairing of Van Dijk and Gomez is solid most of the time but against Leeds they were all over the place. Alisson is probably the first name on the team sheet but hopefully he has a game similar to the Leeds one. 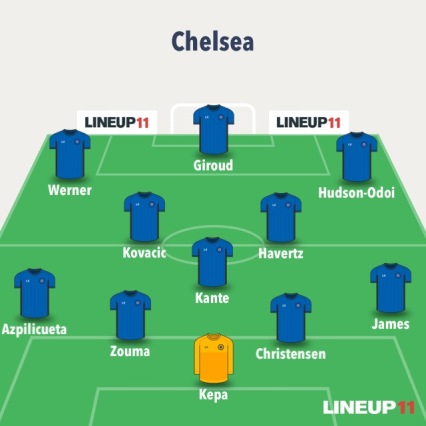 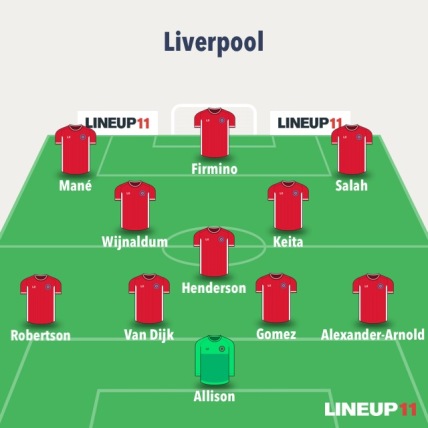 It’s the 2nd game of the season with a potential lineup no where near our most likely lineup for the season BUT there is still plenty of potential and class players. The pace will be key against Liverpool and if we can find those passes to unleash Werner, Havertz or if he plays CHO then we could cause Liverpool some major damage. The key will also be to put in a good defensive performance as well. A massive game for Chelsea just to put in an early marker for the season. COME ON YOU BLUES!!!