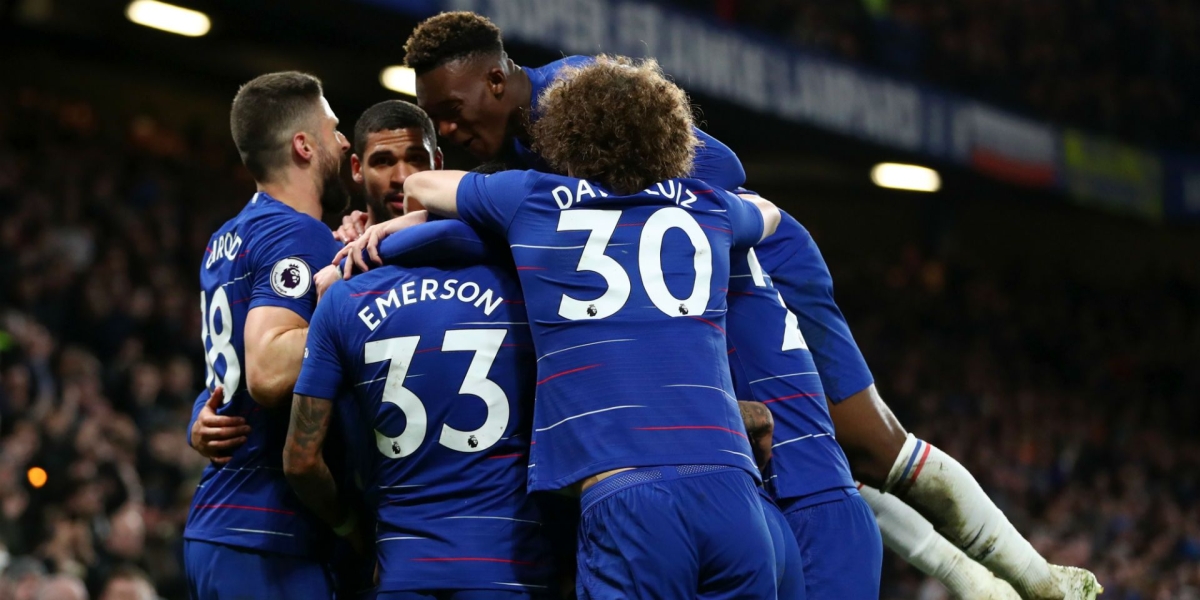 After the dragged out win against Cardiff on Sunday, Sarri and the team needed to provide something great for the fans to get back on their side and both delivered as we got a brilliant win against Brighton. Sarri delivered the dream lineup of Chelsea fans as Kepa started in goal with Azpi, Christensen, Luiz, and Emerson making up the back four. RLC accompanied Kante, and Jorginho in midfield, and Hazard, Giroud, and CHO made up the front three. Instantly the fanbase became the happiest place on earth, every single player that the fans wanted to see start was given a chance by Sarri.

It was a slow start as the players took some time to get into the groove of things but slowly we started to create chances but struggled to break down Brighton who literally defended with 10 men behind the ball. Luiz, and Christensen spent most of the game in the opposition half and it began as soon as the first half. Our persistence paid off though as a quick switch of play by Hazard found CHO who shifted and crossed low for a brilliant Giroud finish in the 38th minute. Chelsea had the lead but Brighton stayed compact not risking the game in the first half. Chelsea for the first time in several games came out for the 2nd half in similar fashion and after some Brighton possession we began to dominate once again. Brighton began to open up as they tried to take the fight to Chelsea and that played into Chelsea’s hands. Jorginho passed into RLC and RLC one touched the ball into Hazard who chopped onto his right to send Duffy home and curled in a brilliant effort to give Chelsea a 2-0 lead in the 60th minute. Jorginho then provided the same service to Hazard who passed the ball into RLC who opened up and scored a pitch perfect curler into the top left hand corner to make it 3-0. Two identical and brilliant goals in 4 minutes meant that Chelsea cruised to a win in the end.

Post-match Sarri stated that RLC, CHO, and Christensen all played very well and will be the future of this club if they stay. Sarri stated that RLC played without his back problem, and that CHO was brilliant defensively as well and that now he could trust him in many more games. Sarri also stated that Hazard, CHO, and Willian all preferred the left to the right but he can only play one left. Sarri is right but CHO is clearly better for the right hand side than Willian. It was a brilliant game and lifted the gloom surrounding the club over the last few games, the passing was smooth and easy on the eye, Jorginho was dictating play and it always felt like Chelsea would score. An ideal scenario would be Sarri starting this lineup for the West Ham game and then resting several of these players for Slavia before the trip to Liverpool. If Sarri continues to pick a lineup like this that includes these players a majority of the fans will not have a problem with him because this game showed the potential of Sarriball something that has been missing for some time.

A good game and some brownie points for Sarri, we need to see this lineup become our first choice lineup for the remaining season, whether Sarri does that is debatable but at least it’s a start. Next up West Ham on Monday, COME ON YOU BLUES!!!